Choose Your Deposit:
?
Finance Options:
Product Cost: £?
Total Payable: £?
Representative Example
This is a £? loan, your monthly repayments will be £? for ? months followed by a final payment of £?. The total amount payable is £?. The cost for credit (interest and charges) is £?. APR ?% representative.
Stock Email
Home /Guitars / Effects / Guitar Effects Pedals /
Share
Guitar Effects Pedals 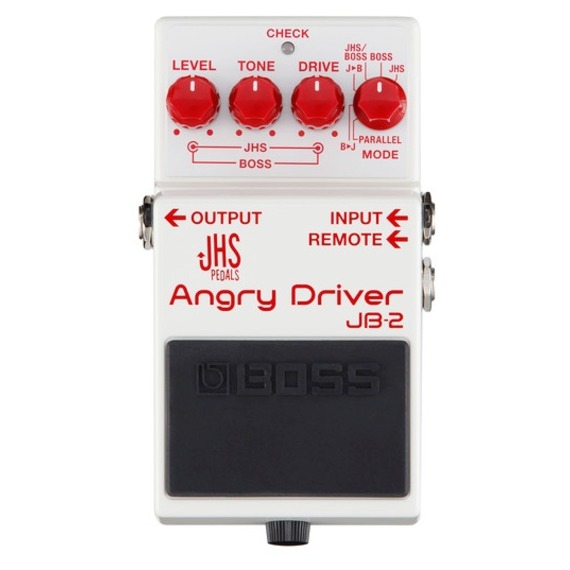 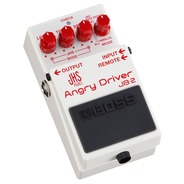 This hot release marks the first collaboration project between Japanese stompbox giants BOSS and USA boutique pedal company JHS! This is the BOSS JB-2 Angry Driver Pedal, a unique drive pedal that offers two pedals in a compact, bulletproof housing. Access the tonal character of both the iconic BOSS Blues Driver and the JHS Angry Charlie along with Separate, Parallel, or Series Routing!

The path towards the birth of this pedal came after now Josh Scott fixed a Blues Driver which went on to spark his curiosity about what makes pedals tick and make his modification ideas a reality with his own pedal company JHS in Kansas City. After great success of modifying various BOSS pedals JHS began to built their own range that quickly became extremely highly regarded in the boutique pedal world! A mutual respect for each other and BOSS looking to innovate and take on new challenges as always has finally brought the two together with amazing results.

At BOSS HQ they experimented using a ES-8 Switching System to try out various combinations of BOSS pedals in conjunction with the JHS Angry Charlie drive circuit in the quest to find the perfect drive combinations to inspire their new project. After much research they landed on the BOSS Blues Driver as the circuit of choice.

Why the Blues driver? According to JHS their Angry Charlie pedal is always angry, exactly the quality that BOSS did not have, while the Blues Driver is great at covering low gain and boost. This is what makes the perfect match for the Angry Charlie and when stacked becomes a phenomenal new beast!

There are 6 accessible modes on the Angry Driver. As well as the ability to use each circuit individually as if you owned both pedals these settings include a 'Parallel' mode where they are stacked to make the distortion character changes to be more expressive with picking nuances and 'Series' connection modes which makes one circuit act as a boost for the other.