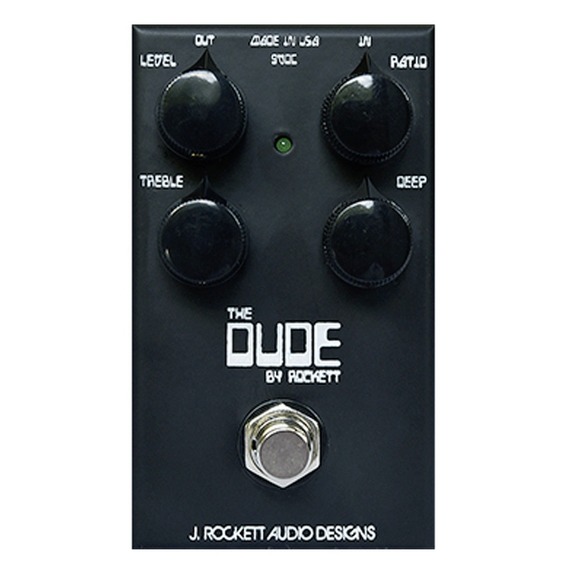 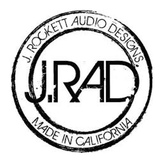 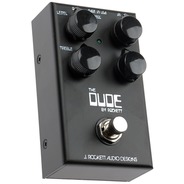 JRAD's J Rockett The Dude Overdrive Pedal has been specifically designed and crafted to capture that holy grail value tone produced by the famous (and super rare!) 'Dumble' amplifiers. True bypass, made in the USA pedal with great tonal control and endless gain on tap!

Based on an actual disassembled and measured Dumble Overdrive Special Amplifier, this 'The Dude' pedal is as close as you will get to the amplifer used by the likes of John Mayer, Joe Bonamassa, Carlos Santana, Eric Clapton....without spending your life savings!

The theory behind this JRAD design is that it essentially takes a real Dumble preamp and combines it with your existing amp tone for super, fat creamy results. This pedal is far from a one-trick-pony however as it boasts some great controls that offer the player supreme tonal EQ response and tweakability.

The Dude's controls are a little different to the original Dumble's. First off JRAD have used a knob they call 'Ratio' which is essentially a mix knob that controls a boost on one side and pure gain on the other. Set this Radio to the noon and you get 50/50 mix of boost and amp-style gain.

Independant of the ratio knob is a clean boost which is designed to work with it. When you back the Ratio knob off and then turn the Level up, two boosts are then run independently to give your amplifier's response a huge kick.

Finally we have the Treble and Deep controls. These exist in harmony to give the player true control over the pedals EQ response with the Treble knob giving you access to (you guessed it!) more or less Treble while the Deep knob controls the midrange contour.