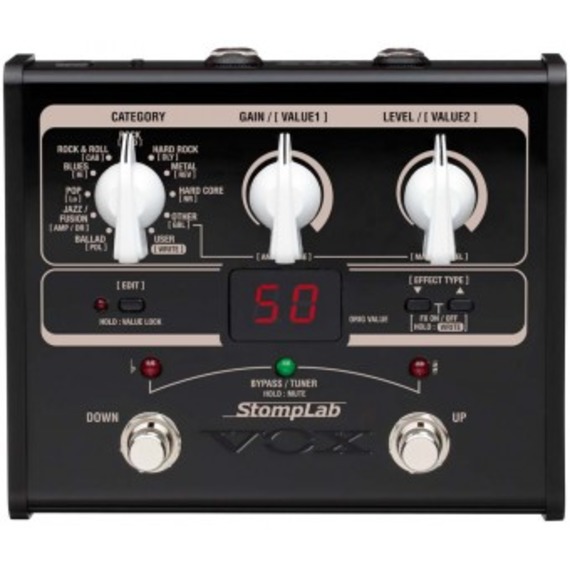 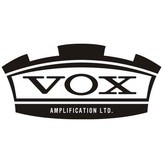 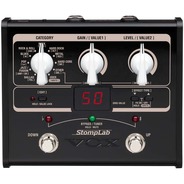 The Vox StompLab IG Guitar Modelling and Effects Pedal is an easy to use pedal delivering a host of great amp modeled tones and FX, cleverly categorised into styles. The sound engine is based on the best selling Vox VT+ range of amps and ToneLab multi effects, guaranteeing quality all the way.

With the StompLab IG youll get a huge number of sounds to experiment with but you wont get bogged down in menus and complicated layouts. The modeled sounds are categorised into styles like Rock, Funk, Pop, Jazz with applicable effect chains preset into the category. What this means is that highly useable tones are ready to go out the box without the need for all that tweaking and button pushing.

Although the range of presets is great youll also want to create some of your own sounds. With the StompLab IG having 103 modelling types, with control over pedal, amp, drive, cabinet, modulation, delay, and reverb effects youll have a huge of amount to play with  once you have you sound simply save in the user banks.