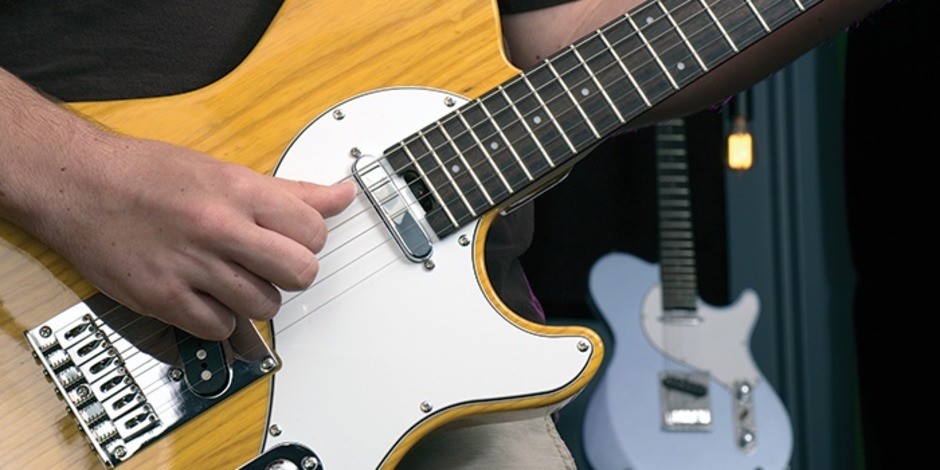 CORT and Britain's Manson Guitar Works have teamed up for what they call the Manson Stage Series (aka MS Series) and as a result have just announced their 2017 project with two new electric guitar models, the M-Jet and Classic TC.

As a British guitar builder Hugh Manson is as experienced and respected as they come. Huge has been making custom guitars for over 30 years and has earned an enviable reputation for innovation and quality with what an 'Addiction to detail'.

The Manson built electric guitars have graced the setups of some of the most recognisable rock stars across the globe from John Paul Jones of Led Zeppelin to Matt Bellamy of Muse!

The Classic TC is clearly Telecaster inspired with a modern twist. The Guitar offers players that signature Cort MA body shape that is not dissimilar to the Matt Bellamy Signature models, however on this guitar it's made from a lightweight Ash wood. The neck is supremely comfortable and balanced too thanks to a Canadian Maple construction and a complementing Rosewood fingerboard.

The most impressive aspect of this guitar is of course the MANSON T Single Coil pickups. Crafted at the Manson Guitar Works UK headquarters this chosen set are exclusive to this model and have been voiced to accurately capture every detail of those contemporary vintage tones. However, these pickups certainly aren't a one trick pony and have been engineered by Mason to harness the power to also excel when it comes to more modern style performances or genres.

Another Cort addition that is a directed descendant of the Cort/Manson MS Range collaboration is the M-Jet. This stealthy looking number shares even more similarities with Mr.Bellamy's MBC1 signature model but brings with it some exciting new additions and ideas.

The Cort M-Jet uses the same MA 'Tummy cut' shape which is made using American Basswood as the chosen tonewood. Visually and practically this guitar has many interesting quirks with Cort scrapping any tone knob for a no-nonsense approach, Classy Chinese script taking the place of generic block or dot inlays and the finish like a stealth bomber.

As part of the exclusive MS Series the M-Jet also receives the Manson Guitar Works pickup treatment with a set Manson humbucker pickups fitted straight from the UK headquarters. The bridge has an angry voicing with power, punch and bite in bucket loads, while the neck is the perfect match with a more vintage tonal character that is warm and articulated. This makes it perfect for fat rhythms or soaring lead!

The hardware has also been appointed to be bulletproof and reliable while simultaneously adding to the killer looks of the instrument. Chosen for this MS guitar is a blacked out 'Tune-O-Matic' bridge with a matching stop bar tailpiece, when combined black locking machine heads you have a recipe for glorious sustain and excellent tuning stability.