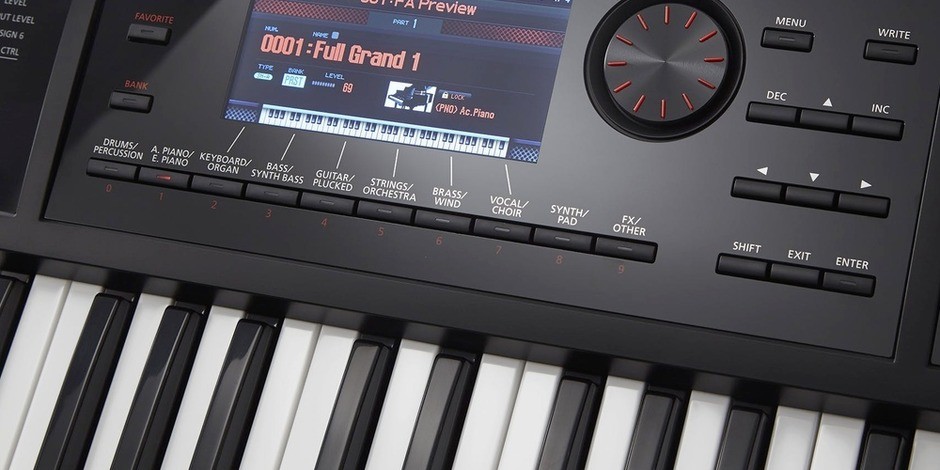 The Roland FA series of workstations welcomed a new model to its family this week, the FA-06 and FA-08 are now joined by the FA-07.

Amongst a host of great new gear recent launched at Roland's "The Future Redifined" campaign, we saw a welcome addition to the Roland FA Series of workstations, the FA-06 and FA-08 have now been joined by the FA-07.

All models in the FA series come complete with over 2000 sounds (taken from the flagsip INTEGRA-7 sound module), including access to Roland's stunning SuperNATURAL acoustic, synth and drums tones. In addition, more sounds can be added via the internal sound expansion slots.

Creating, composing and building arrangements is dealt with via the internal 16-tracks sequencer- create on the fly with the continuous non-stop loop recording mode or use the step record mode. Once you have created your composition you'll have complete control to edit and mix.

With the plethora of onboard studio-quality effects you can tweak and experiment with your sounds allowing for total sonic freedom. Each of the 16-channels gives you access to a massive 67 different effects options, whilst there is also access to global EQ, Reverb and Chorus.

Getting around a FA workstation is a breeze thanks to the large color LCD screen that presents an inviting display for working with sequencer, selecting tones or adjusting various settings.

Hands on control is key and thanks to the top loaded ,6 user-assignable sound modifier knobs give you instant access to tweak tones, effects and even external devices.

Other appointments include Guitar/Mic and Line inputs for perfoming, 16 performance pads, sampling and DAW recording, a D-Beam controlller, Rhythm Pattern, Arpeggiater and handy "one-button" push to instantly configure the FA model to use with your favourite DAW (via USB).

Feature rich, super-versatile, great sounding and easy-to-use, a Roland FA Series Workstation is a serious tool for any musician!