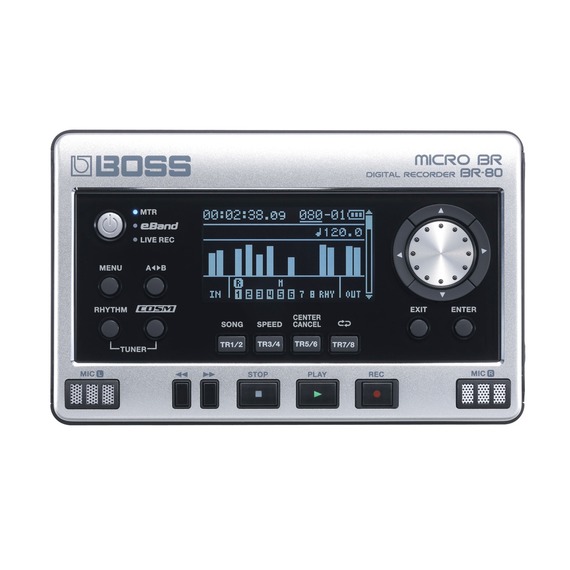 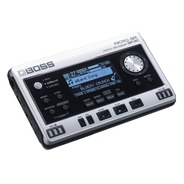 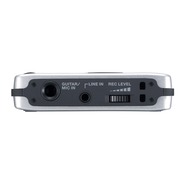 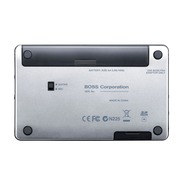 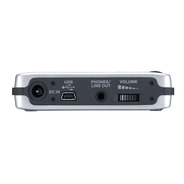 From the acclaimed BR Series, the BOSS Micro BR80 8 Track Digital Recorder is designed to be your own personal studio in your pocket! Featuring dedicated create, record and perform modes, this comprehensive portable recording tool and jam along unit is perfect for guitarists and other musicians alike. Invest in your creativity with the BR80.

Imagine the possibilities if you had access to a studio on the go? The first MTR (Multi Track Recorder) mode gives the user 64 V-Tracks with 8 simultaneous playback tracks. A stereo rhythm track is also available in conjunction with an on-board library of sounds or beats to select from.

The interface is robust and simple, engineered to be layed out in a miniaturised interpretation of a familiar 'Recording Console' or 'Mixing desk' format. Apply a barrage of EQ, reverb and mastering options to your jams or tracks along with BOSS COSM derived effects for guitar, bass or vocals.

Using the BR80s eband virtual jam band mode, players can play along with their favourite songs - simply import CD, MP3 or WAV audio files from a computer via USB! The function is equally useful for any musical training or practice as you can record your performances and also adjust playback speed and pitch to suit.

Another excellent feature that the BR80 is equipped with is it's built in stereo microphone. Using this microphone in live record mode you can capture instruments and vocals any time the mood strikes in pristine quality. Take these recordings and use them in multi-track production too by importing you new recorded files into the BR-80s MTR mode.

The BR80 will work in harmony with your PC too! This versatile unit can be utilised as a stand-alone digital recorder or even as an audio interface for a USB-equipped computer. On top of this the Wave Converter software included will also allow the user to exchange data between the BR-80 and any DAW (Digial Audio Workstation).