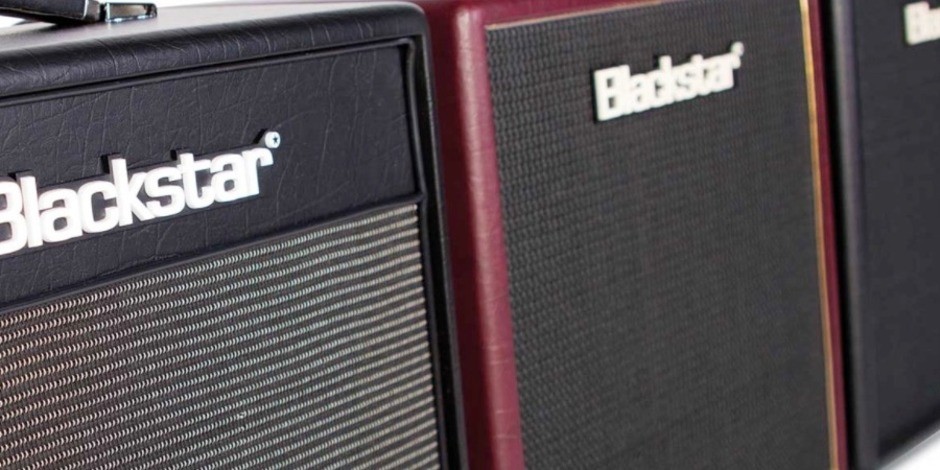 In celebration of their first 10 years, Blackstar have released three special edition amps taking inspiration from their iconic lines.

Blackstar have come along way in 10 years. Started by four friends who were looking for a new challenge, Blackstar have developed into one of the world's leading guitar amp brands. To commemorate this and their iconic lines, they have released 3 special edition 10 watt combos - The Blackstar 10th Anniversary amps.

First up is the Blackstar Artisan 10 AE model. This single-ended 10 watt valve amp (as are the other 2 models in the range) takes its design cues and sound from their legendary Artisan series. It's a low gain amp that delivers classic warm crunch, courtesy of the EL34 loaded power amp. For added versatilty, the Artisan 10 AE hosts a handy Boost button taking the amp into authentic classic rock era tones. Finished in the Aritisan Red colour it oozes retro class.

The Artist AE model is inspired by Blackstar Artist series. The amp, driven by a 6L6 output valve, produces a natural bright clean sound but has also has the ability to go heavier via way of the drive switch - engage this and your tone is treated to the built-in overdrive circuit that has been inspired by Blackstar HT-Drive pedal.

Finally we have the Series One AE. Loaded with mighty KT-88, and inspired by Blackstar's S1-200, the Series One AE has extra headroom making for an amp that has dynamic clean tones with the ability to hit hard and heavy with modern tight high-gain drive tones when you engage the overdrive button. Thanks to the on board ISF filter you can easily tweak you tone, making for good amounts of tonal versatility.

Each of the Blackstar 10th Anniversary amps are a great option for any guitarist in the market for an affordable, low wattage, valve amp with home and studio use, particularly in mind. The only decision you have to make, is what flavour suits you best!