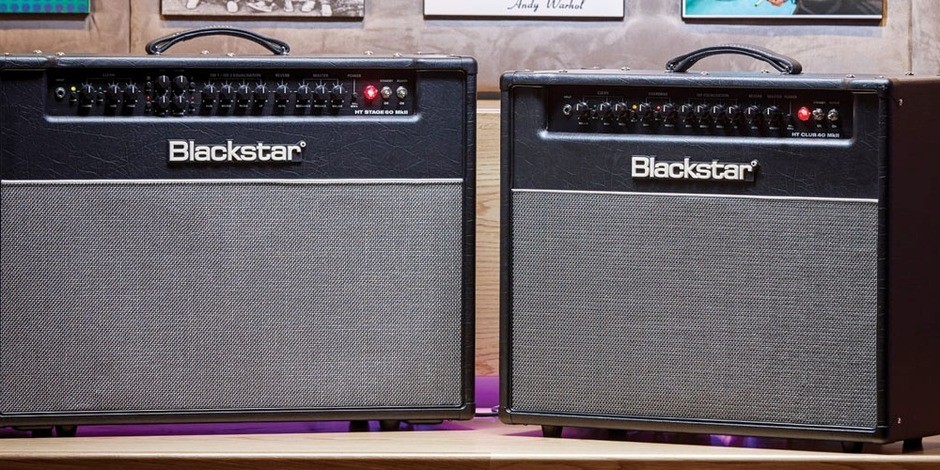 Blackstar have announced the second incarnation of their popular HT Venue Series and, judging by the new spec list, in this case more really is more!

After three and a half years of solid research and development Blackstar Amplification finally bring you the HT Venue Series MKII Valve Amplifier range! So whats new...

First off Blackstar have developed a revolutionary new clean channel which now offers two alternative voicings, the first being based on a classic American circuit with a clean, bright and tight character but with a solid bass response and the second being based on a classic British tone with that iconic highly responsive ‘chime’ with a more loose bottom end.

It's good news for you gain fanatics too! Inspired by the original HT Series but bringing a new dynamic to the table, the Venue Series amplifiers will feature a revamped overdrive circuit that will deliver richer, more responsive overdriven tones with the high gain voices providing a versatile selection of tight and focused tones. Also when switching between channels, the amplifier will recall the specific 'Voice' setting last used on that channel! Genius.

All models are now footswitchable too, players can use either the 2 way footswitch included as standard which allows you to operate the clean and overdrive channels as well as the two voices on each Channel. An optional 5-way FS-14 Footswitch is recommened however as it will allow users to harness the full potential of the amp with full control over all channels and voices, plus the global boost function and Reverb switching.

The all new MKII Venue Series amps will feature a handy power reduction mode. This will allow players to turn down their amp to 10% of it's overall power rating which is very useful if they wanted to use it for home practice, rehersals and studio work without the amps musical response and compressed cooking valve tone suffering. Simply activate with the dedicated button on the front panel.  Simplicity, versatility and practicality have clearly been a big part of the thought process at Blackstar HQ. The pro features available on each Venue Series amp speak for themselves with a professional USB recording output, an XLR recording DI output and a newly designed in-house studio quality digital reverb with a light or dark option.

You may notice that aesthetically Blackstar have taken the foundations laid by the hugely successful HT Series and improved upon it with a more compact and portable approach to each amp, making them lighter and more manageable for the serial gigger. Practical thinking from the Brits!