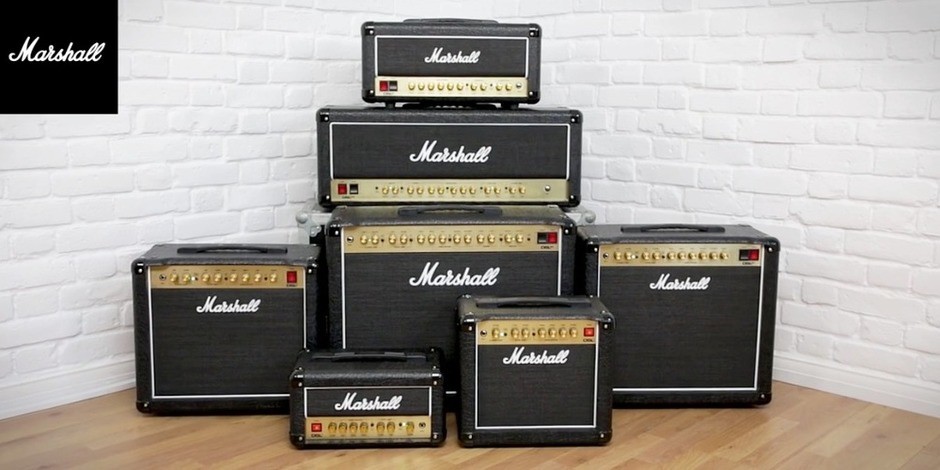 Marshall have reworked their DSL Series for 2018, delivering an updated range with new models, tweaks and upgraded features.

2018 sees the ever popular Marshall DSL (Dual Super Lead) Series get a new lease of life in the form of a well deserved upgrade. With new models, tweaks and upgraded features throughout, the DSL range delivers more functionality for home and stadium players alike.

Before we looks at some of the changes let's look at the models available within the new DSL range. A pair of 1 watt models are a welcome addition in the form of the DSL1CR combo and DSL1HR head, the 5 watt DSL5CR maintains its place, whilst the old 15 watt models have been upgraded to 20 watts with the DSL20CR combo and DSL20HR head. The DSL40CR combo is the largest combo in the range, with the DSL100HR sitting atop the head range.

All models feature an adjustable power output, allowing for all-valve tone to be had at volumes for all environments. The larger models
utilize special technology that reshapes the power to the valves (instead of simply turning off valves stages like some amps do), in order to produce the best possible valve tone at lower volumes

EQ adjustments have also been made, moderating the bass-heavy sounds of previous DSL models for an overall improved tone. Don't worry, you can still dial this in with the EQ should you wish.

An emulated output, designed in conjunction with Softube, allows all DSL amps to benefit from an accurate emulation of Marshall's classic 1960s cabinet via the headphones and line out.

There is also an increased amount of flexibility over older models with selected amps now featuring seperate master volumes, resonance controls and a built-in reverb.

This new for 2018 Marshall DSL Series has been carefully redesigned to deliver that great DSL tone and versatility whilst adding some welcome upgrades and new models.