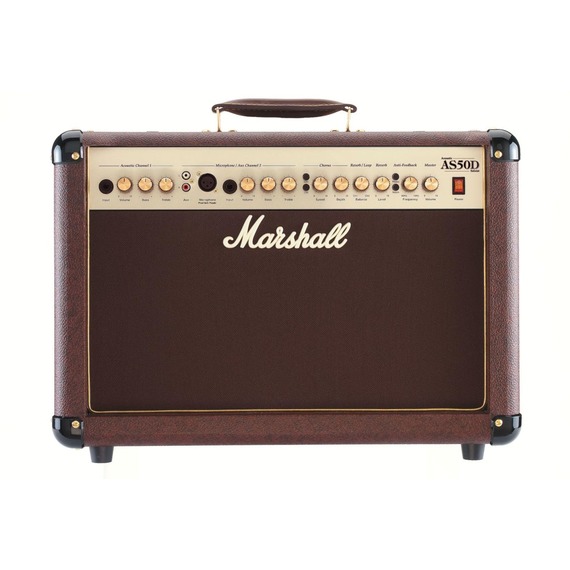 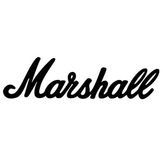 Popular with guitarists the world over, the Marshall AS50D is a compact 50 watt combo designed for use with acoustic instruments and microphones.

Featuring two independent channels, each with their own volume and tone controls, the AS50D has various inputs allowing it to be used with any electro-acoustic instrument and a microphone simultaneously- perfect for use at small gigs, rehearsals and home use.

The AS50 features two highly popular effects  chorus and reverb. The chorus can be switched in or out and can be assigned to either or both channels. The reverb, along with the in-built effects loop, can be balanced between the two channels. Both effects are helped greatly by the amps twin 8 speakers allowing a wide, full tone to be delivered.

Twin phono inputs on the second channel allow an mp3/CD player to be plugged in for the use of backing tracks etc. To help control feedback, the amp is fitted with a phase switch and notch filter allowing feedback-prone frequencies to be tuned out.

On the back panel, a footswitch jack allows use of the optional footswitch (Marshall PEDL00029) to switch chorus and reverb on and off. There is also a line out and DI output to allow the AS50D to be plugged into a PA system or mixing desk.