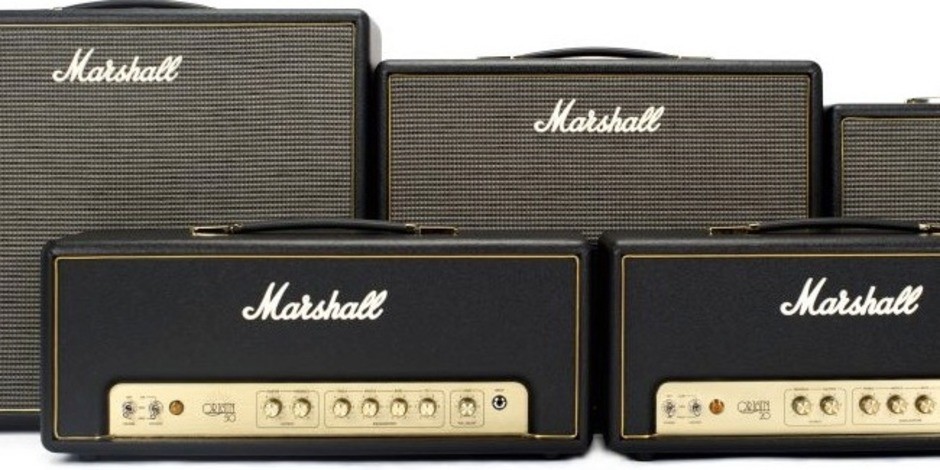 Marshall have gone back to their roots with Origin Series. A range of single channel, all valve guitar combos and heads, designed to be the most expressive amps in their range.

The Marshall Origin Series see the legendary British amp manufacturer go back to their roots, albeit with a few modern touches, delivering a range of single channel, all-valve amps and heads that are sure to appeal to Marshall fans and tone lovers alike!

Designed to be the most "expressive" amps in the whole Marshall range, the Origin amps deliver an organic, classic "British" tone that perfectly matches their vintage looks.

The range host some excellent features adding a welcome amount of versatility. The discreet Boost (pull pot) adds an extra level of gain to add crunch to your tone, whilst the Tilt control adds tonal variety varying the sound from normal to high treble within its sweep. We all play in different environments, home, stage and studio, so in order to control volume, Marshall have introduced their new power reducing technology, Powerstem, allowing you to adjust the amps output while still maintaining that valve tone.

The Marshall Origin Series is a welcome addition to the Marshall range, their affordable price points gives players off all ages and abilities access to some classic "British" tone, amp design and iconic styling.